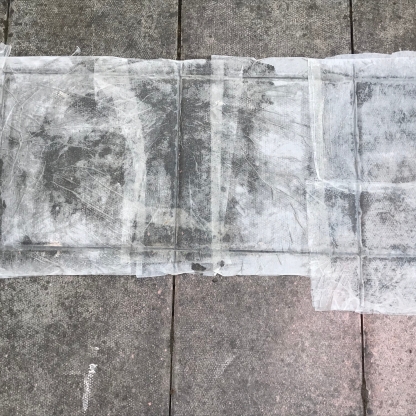 Moving from inside to the balcony situated on the outside of the studio space, I started experimenting with imprints. 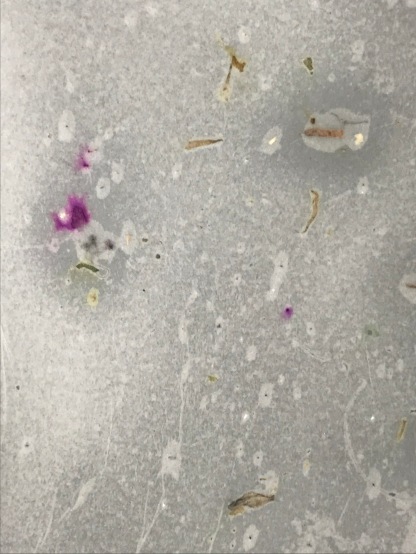 Whilst preparing the paper, I wanted to capture the traces that had been left by previous students as well as any debris that had fallen from the wall when taking the flower pieces down.  As a way of preserving those who had worked and inhabited the space before me.

From the floor to the curtain wall which has started to move and distort, the imprints highlighting the fragility of the space contained inside and the illusion of the brick’s solidity.